​"Vast desert stretching as far as the eye can see. This is Limbo – a place where nothing happens. A shape of Eidos is wandering aimlessly through the desolate place. She can hear the wind whistling, the subtle sound of rustling sand and then all of a sudden – footsteps. Eidos follows the sound and sees another faded shape of a different wandering soul..."
Idearum is the first project of Tahutahu Studio, a  group of girls around the world with the same love in games.  This will be a 3D platform game, which a deep story about mental illness.
This game was part of 3th edition of Stugan program.
​This game will be avaible in 2018.

" Welcome to Afterglow 20.51. My name is Lloyd. Come on, sit down, have a drink . I’m sure you have some questions, and I ’m here to answer them. Well, this isn’t a normal graphic adventure: here you have an advantage , an advantage that will help you to understand better this history and the people who live it. You have the power to change people’s emotions . Be responsible with your power , you never know how someone may react in an extreme situation. Well, I ’ll leave now , you have much to discover, there are many mysteries in this train and you don’t know them yet.Good luck."
I'm currently working on Afterglow 20.51, a narrative experience for PC and console. In this game you have the power to change people's emotions, so you can discover their stories and their way of life. Futhermore, you don't remember anything about your own life, so you have to investigate this misterious train while you meet it's strange passangers. 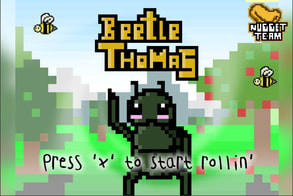 Beetle Thomas
Made for Ludum Dare 35
December 2015
Play it: http://gamejolt.com/games/beetle-thomas/113512#close
Game Design & Art
You're Thomas the Beetle! Roll down your ball of dung in order to feed your family!
​ 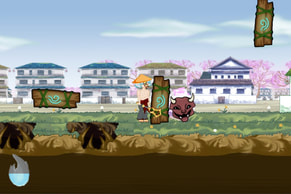 SOUL
Made for Global Game Jam 2016
January 2016
Play it: http://gamejolt.com/games/soul/122842#close
Game Design & Art
You have to save the souls in the path and their, in respose, will give you the power to move obstacles in your way. 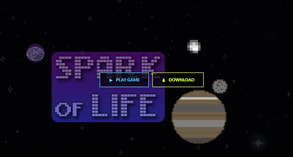 Spark of Life
Made for Familiar Game Jam 2016
April 2016
Play it: http://gamejolt.com/games/spark-of-life/138366
Game Design & Art
You have to click three times above your little star to guide it in the space, which is procedurally generated. Became a huge Black hole! 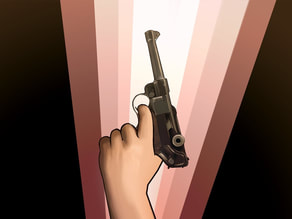 SAVE HER
Made for Ludum Dare 36
August 2016
Play it: https://matlahvi.itch.io/save-her
All works (but ending illustrations)
Narrative game where you have to save a girl who is running away from the war. 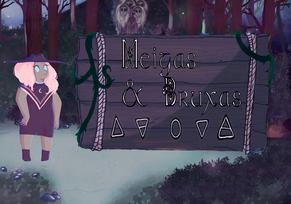 Bruxas&Meigas
Made for GamerElla 2016
November 2016
Play it ; https://itch.io/jam/gamerella2016/rate/97407
Game Design & Art Support
Rhythm game where you have to follow your enemies instructions in order to defeat their magic! 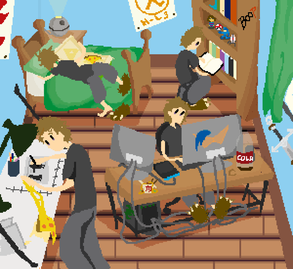 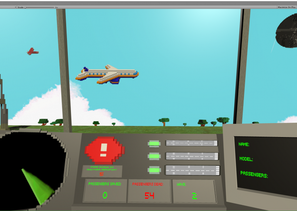 Chaostellon
Made for Global Game Jam 2017
January 2017
Play it : http://globalgamejam.org/2017/games/chaostellon
Game Design & Art (3D)
You are a air traffic controller and you have to asign the planes in its correct track.
​

The Pug Among Us
Made for TodasGamers GameJam
August 2017
Play  it: https://matlahvi.itch.io/the-pug-among-us (Spanish)
Game Design & Art
Spanish narrative game about a pug detective! 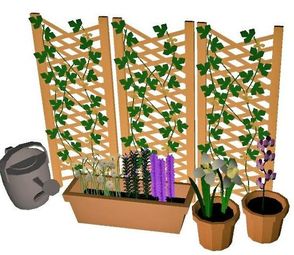 Own Garden
Made for Epic MegaJam
November 2017
Not avaible to play
Art (3D)
A relaxing garden simulator to promove the self-care.